Captain Dick or "Uncle Dick" to us as children growing up, back in the 1960's and 1970's was a seemingly ancient relative who had sailed from his teenage days prior to the First World War upon various traditional sailing vessels (Barques) and Steamers before taking up a role as Harbour Master at Waterford Port, Ireland.

Sadly I now realise I wish i had known him better although reading these personal records does bring him to life. 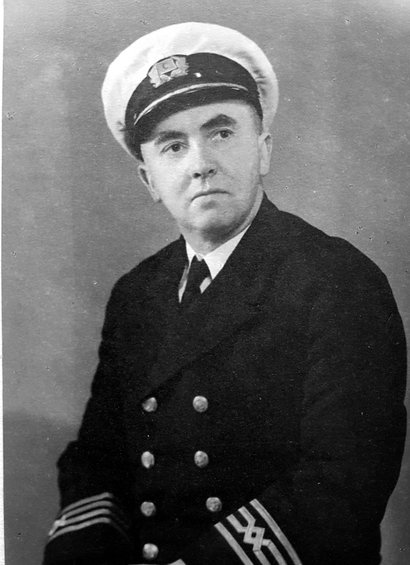 Born in Waterford Ireland on 30th November 1897 to Richard Farrell and Mary Ellen Power he was the eldest child and only boy of seven.

in 1913 he joined the White Star line's "SS Medic" in Liverpool as a Deck Boy and from where he sailed to Australia with Emigrant passengers. On his second voyage to Australia and upon arrival there, his ship was converted for Australian troop and cavalry use, and they returned them to Alexandria Egypt for further training. There, they took on board the "Munster Fusiliers" and landed them at Suvla Bay under fierce bombardment. This is documented further in Tom MacSweeney's "Seascapes" (see link).

In August 1915 he joined the barque "Jordanhill", a 4 masted Barque,  in Liverpool and this website includes his own personal account, linked below of three "passages" on this vesssel bound for Australia via Port Arthur before returning via Cape Horn to Le Harve on 29th December 1916.

This "personal account"  (see link to left) was initially typed up by my sister Audrey Cassidy in the 1980's with Uncle Dick's close involvement and then retyped recently by my first cousin Jan McDermott. Jan also re-typed the following documents as below. A sincere thanks to both, for keeping them fresh and alive over these decades.

Also included here on this website are his own "logs" of the respective passages on the Jordanhill. The style is  less is the form of a story than the personal account and more as Bullet point format. Links below:

1917 Personal account of time served on the "Zayda" a 3 master Barquentine owned by Spencer's of Waterford while studying for his 2nd Mate. Link here

1917-19 Logs of three passages on the Killoran, a 4 master Barque, between September 1917 and January 1919 as 2nd Mate sailing to Santos, Australia before returning to Dublin via Cape Horn. Links below

1924: He married Frances Harbeson who was originally from Limerick and they went to live in Claygate, Surrey.

1928-40 Served as Chief Officer and then as Master from 1931 on the "Gogovale" (Steamer) and travelled with his wife Frances to China, Russia, South America, Canada and USA. 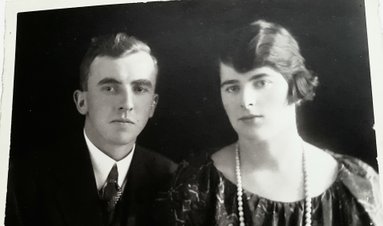 From 1940-1975 he was Harbour Master at Waterford Port (Ireland) until his retirement.

Two photo albums have been passed to me covering pictures taken by Captain Dick and Frances during their shared voyages including family visits. Link here